D is for Davenport Station 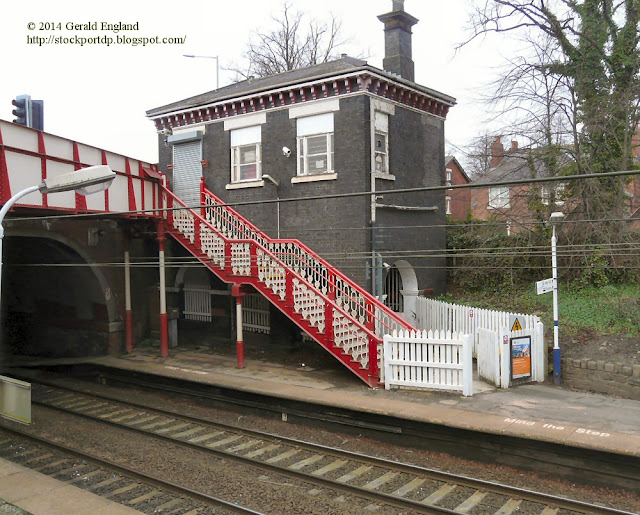 Davenport Station 2014
Davenport is a residential suburb on the outskirts of Stockport. It takes its name from its railway station, itself named after the Davenport family which for centuries lived at Bramhall Hall. When the railway came to the area in the 1850s in the shape of the Stockport, Disley and Whaley Bridge line, there was no settlement here; it was just a remote corner of the Davenport family's estate. However, the Davenports had ideas of developing this part of their land as a residential suburb. 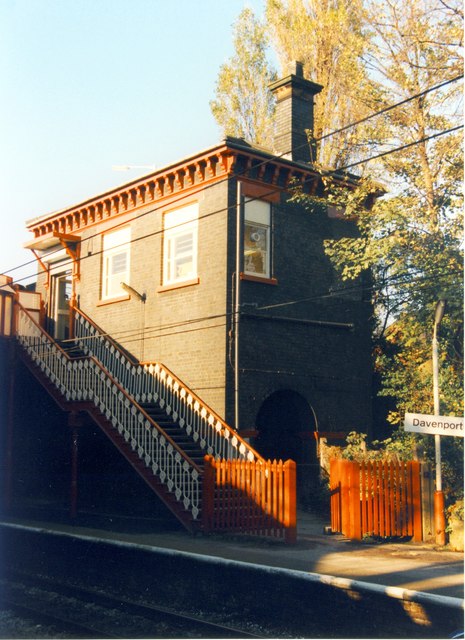 © Copyright Peter Whatley and licensed for reuse under this Creative Commons Licence.
The station was built at the point where the Stockport to Bramhall road crossed the railway; although the station was not actually built in time for the opening of the line in 1857, but the following year, 1858 after complaints from the Davenports that a station had been promised. It was named Davenport after its sponsors. Not long afterwards, however, the Davenports sold all their land, including what is now Davenport, much of it to a property company, and moved away from the area. A few large houses were constructed around the station in its early years, several of them to be occupied by moguls of the hatting and cotton-spinning industries for which Stockport is famous. 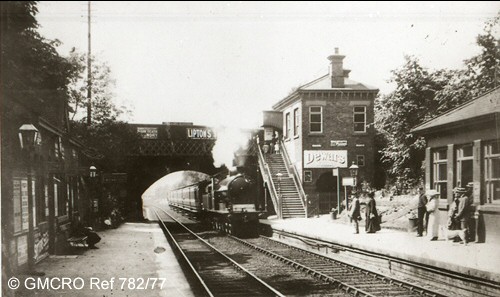 Davenport Station circa 1910
Courtesy of Greater Manchester County Record Office
The now-familiar station booking office is not an original feature but dates from the 1880s. 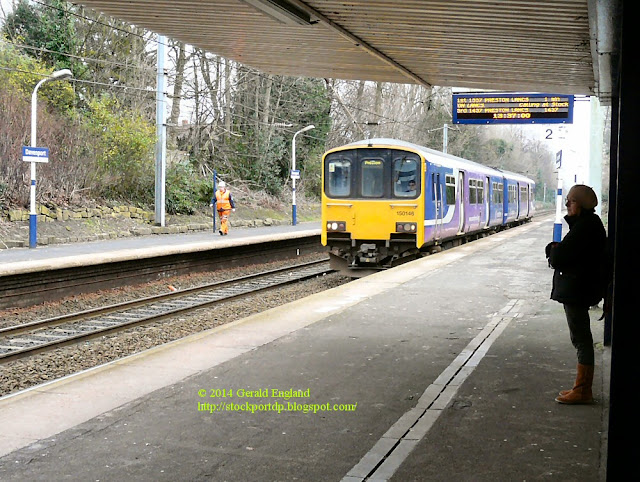 A train for Preston via Deansgate and Bolton arriving at platform 2
See the train at Deansgate on Ackworth born, gone West.

More information on the station and its environs can be found on the Davenport Station website.