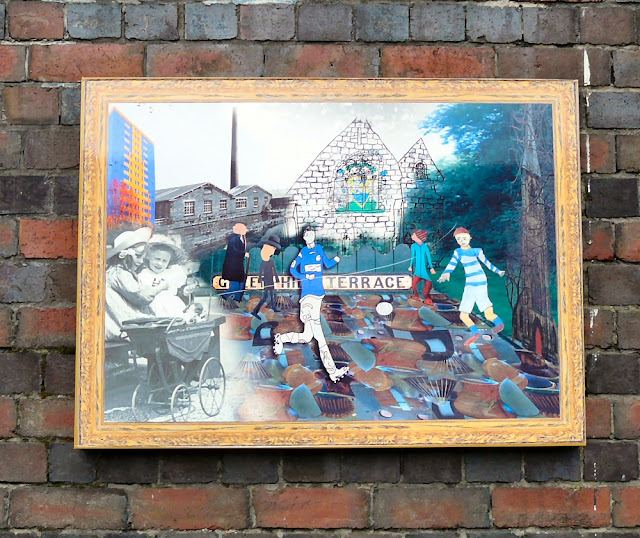 Artwork on the wall next to the western entrance to Stockport Station.

"The Hatters, Stockport County Football Club, started in 1883 as the Heaton Norris Rangers at the Wycliffe Congressional Church, they became Stockport County in 1890 and moved to Edgeley Park in 1902. Their grounds are close to the former site of Sykes Bleaching Company, located on the edges of Alexandra Park, whose reservoirs were formed to service the mill. The Sykes family originally owned most of the land in Edgeley, and employed many people. Much of their wealth was invested back into the local community."

The others are:
Glass Umbrella;
And The River Runs Through;
Having Your Cake;
11 Million Bricks - this one was apparently stolen before I could take a photograph of it.

A contribution to
Blue Monday;
Monday Murals.
Posted by Gerald (SK14) at 12:30 am